Does the 9-5 still make sense? 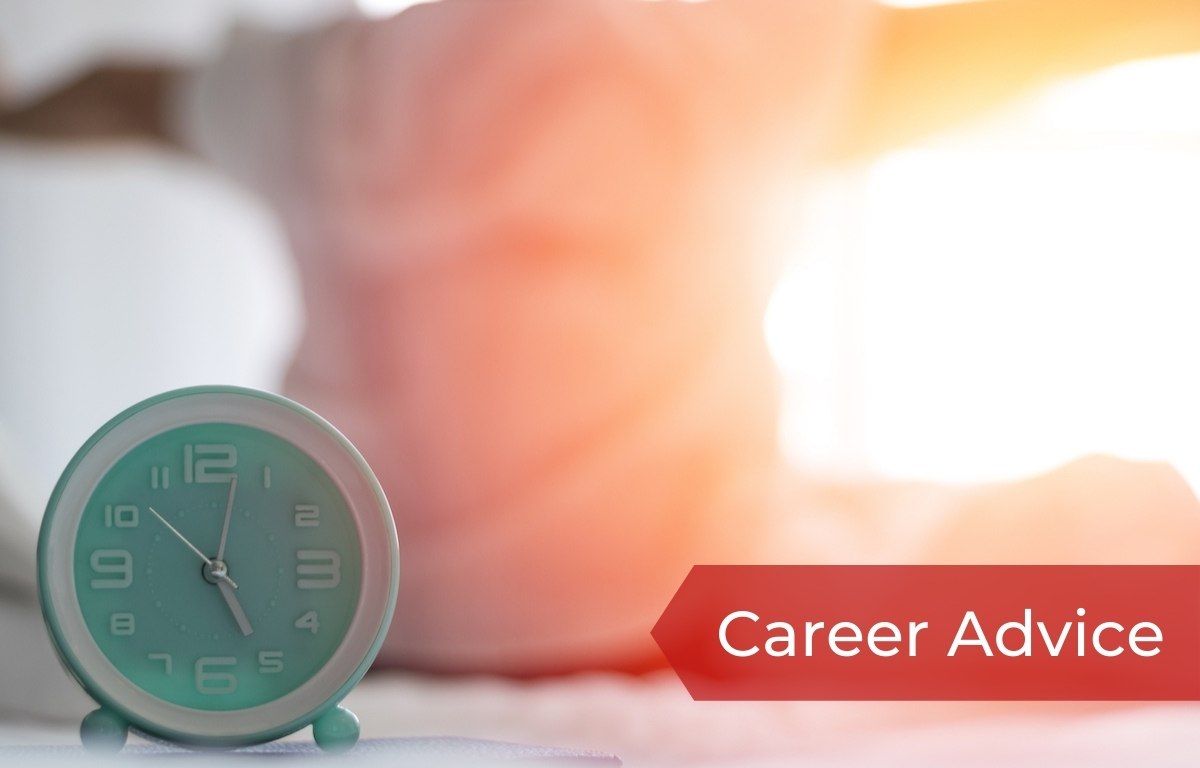 Are you an early riser or a night owl? We all know people that seem to have all the energy in the world at 5.30am, and others that do their best work very late at night. So why do we plough on with this one size fits all approach to working hours. With the COVID-19 pandemic forcing us to re-examine what can be achieved with a workforce working from home, should we also be giving some thought to the hours our employees work?

Is it really realistic to expect ALL of your employees to be productive to the same extent at the same time? It is pretty normal for people to feel their energy levels decline after lunch, often hitting a low around 3pm. Many experts suggest this is more down to circadian rhythm than the heavy lunch which we normally blame it on. Alertness can often then peak later in the day towards 6pm, as many of you are getting home, leaving the office or hitting the pub.

For most of us, we are painfully aware of our own highs and lows during the day and it is rare that they coincide with the times we really need them. That project that drags on into the afternoon, or that fresh feeling in the morning being wasted on a long (and probably needless) meeting.

Wouldn’t it be great if we trusted our employees to work hardest when they are most productive and gave them the flexibility to spend those times when their energy is lowest on other things (even a nap!)?

Unfortunately, we often get this wrong. Many employees are flooded with writing and responding to emails throughout their entire morning, which takes them up to lunch. They return from lunch having already used most of their first peak in alertness, and then begin important tasks requiring deep cognitive processing just as they start to move toward the 3pm dip in alertness and energy. We often put employees in a position where they must meet an end-of-workday deadline, so they persist in this important task throughout the 3pm dip. Then, as they are starting to approach the second peak of alertness, the typical workday ends.

For workaholics, they may simply take a dinner break, which occupies some of their peak alertness time, and then work throughout the evening and night as their alertness and cognitive performance decline for the entire duration. In the worst-case scenario, the employee burns the midnight oil and persists well into the worst circadian dip of the entire cycle, with bleary eyes straining just to stay awake while working on an important task at 3:30am. All of these examples represent common mismatches between an optimal strategy and what people actually do.

As briefly noted above, there are of course individual differences in circadian rhythms. The typical pattern is indeed very common, and the general shape of the curve describes almost everyone. However, some people have a circadian rhythm that is shifted in one direction or the other. People referred to as “larks” (or morning people) tend to have peaks and troughs in alertness that are earlier than the average person, and “owls” (or night owls) are shifted in the opposite direction. Most people tend to experience such shifts across their lifetimes, such that they are larks as very young children, owls as adolescents, and then larks again as they become senior citizens. But beyond this pattern, people of any age can be larks or owls.

These differences in circadian rhythms (referred to as chronotypes) present some challenges and some benefits. The biggest challenge is matching patterns of activity to individual circadian rhythms. A lark working a late schedule or an owl working an early schedule is a chronotype mismatch that is difficult to deal with. Such employees suffer low alertness and energy, struggling to stay awake even if they really care about the task. Some research indicates that circadian mismatches increase the prevalence of unethical behavior, simply because victims lack the energy to resist temptations. This is bad enough for an employee who is working alone. In the context of groups, finding a good time for a team composed of some larks and some owls to be at optimal effectiveness may be difficult. However, it does also provide opportunities. For organizations or tasks that require around-the-clock work, if managers can optimally match employees with different chronotypes to work different shifts, the work can be handed off among employees who are all working at or near their circadian peaks. This requires knowing the chronotype of each employee and using that information when developing work schedules.

Flextime provides an opportunity for employees to match their work schedules to their own circadian rhythms. However, managers often destroy this opportunity to capture value by punishing employees for using schedules that match an owl’s rhythm. It’s common for supervisors to assume that employees who start and finish work late (versus early) are less conscientious and lower in performance, even if their behavior and performance is exactly the same as someone working an early riser’s schedule. Managers must look past their own biases if they want to optimize schedules in order to match the most important activities to the natural energy cycles of employees. Managers who do this will have energized, thriving employees rather than sleepy, droopy employees struggling to reach their potential. Your most important tasks deserve employees who are working when they’re at their best.